Inicio General What is GDP?

There are several elements that are important to evaluate the economy of a country, one of them is the gross domestic product (GDP). The GDP and per capita GDP are explained in a simple manner below.

GDP is an indicator that measures consumption, investment, government spending, imports and exports together; we can define it as the sum of the final goods and services produced by a country in a specific period of time , usually in quarters or in a year.

When we talk about goods and services we take into account food, clothing, supermarkets, houses, cars, security, etc.

It is an important factor since it is an indicator of development in many areas such as education, security, infrastructure, health, government or taxes.

Also, it is an element that foreign investors take into account to decide in which site to inject their capital. The GDP is a way to evaluate the economic activity of a country.

The risk that the gross domestic product has a variation below inflation is that it has an impact on the wages of workers, generating a deterioration in the quality of life. Also the productions of the companies would not grow and would hinder the creation of new companies.

What is GDP per capita?

The Latin term «Per capita» means «per head» . When we talk about GDP per capita we refer to the relationship between the income that a country has and each one of its inhabitants; to obtain this, the gross domestic product is divided among the total population of the country .

The per capita gross domestic product is affected by several factors, among which is the disproportionate increase in the population, production levels, the increase in the value of goods, products and services, etc.

Importance of GDP per capita

It is one of the factors taken into account to determine economic growth during a certain period. In theory, it seeks to reflect the average income according to the number of inhabitants.

However, as it is an average, it does not allow to clearly visualize how wealth is distributed among the inhabitants of a country , that is, economic inequalities are not evident, so we can say that it is not a viable indicator to measure the distribution of wealth but for the entire income.

In addition, the GDP per capita does not have precise information on the level of education or health that are vital when evaluating the distribution of wealth. 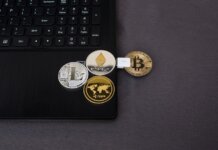